Alexa Bliss hand’t wrestled for months when she walked into 2019. That reflected the beginning of her year, where she received ‘ A Moment of Bliss’ talk show, which gave her even more screen time. A few weeks later, she returned to the ring in the women’s Rumble match, lasting 12 minutes and eliminating Sonya Deville and Ember Moon. The night after, she teamed up with Mickie James to fight for a chance at the Women’s Tag Team Title Elimination Chamber match. They lost to Nia Jax and Tamina.

This were her only two matches for a couple of more months, as she continued to be active on TV with ‘ A Moment of Bliss.’ She hosted WrestleMania 25. The following night, she called out Bayley and defeated her in a quick match. She was supposed to be in the women’s Money in the Bank Ladder match, but had to pull out of it due to another injury. She was replaced by Nikki Cross, which started a storyline between them.

On June 4 edition of SmackDown she won the #1 Contenders Triple Threat against Carmella and Charlotte Flair to face Bayley for the SmackDown Women’s title. She teamed up with Lacey Evans to defeat the duo of champions, Lynch and Bayley the following week. A week before the PPV, she and Cross received a Tag Team title match against The IIconics, which they lost due to a distraction from Bayley, as Kay rolled-up Cross for the win. At the Stomping Grounds PPV, Alexa Bliss received her title shot and lost due to miscommunication between her and Cross.

The following night on Raw, Bliss defeated Naomi in a quick match and right after, she and Cross defeated Naomi and Natalya in a Tag Team match. After Cross won a title opportunity  and a choice to choose a stipulation, Bliss chose to face Bayley in a Handicap match at Extreme Rules, choosing Cross as her partner. The duo pulled all the stops, but were unsuccessful once again, as Bayley pinned Cross for the win.

The next night on Raw, Bliss competed in a #1 Contenders Fatal 4-Way Elimination match, where she managed to eliminate Carmella and lasted until the end, where she was eliminated by Natalya. On the road to SummerSlam she and Cross defeated Bayley and her challenger, Ember Moon, in a Tag Team match, where Bliss pinned Moon. This solidifed them as a team as they earned a Fatal 4-Way Elimination Tag Team title match the following week, in which they eliminated Kairi Sane and Asuka to win the titles. With the win, Bliss became only the second Triple Crown Women’s champion in WWE.

They defended their titles at SummerSlam Kickoff against The IIconics, where Bliss pinned Royce to retain. They continued to dominate the division as they defeated The Kabuki Warriors the following night in another title match, with Bliss pinning Sane. Next week, they defeated Fire & Desire in a non-title match. They went on to face Bayley and Lynch in a champions showcase Tag Team match in the main event of Raw, which they lost by DQ. Following an upset victory by Fire & Desire on SmackDown, they received a title shot at Clash of Champions, but lost when Cross pinned Rose.

Bliss and Cross suffered a competitive Tag Team loss to The Boss & Hug connection, followed by Bliss’ loss to Banks the following week. Bliss and Cross put their Tag titles on the line at Hell in a Cell against The Kabuki Warriors, where they lost due to Asuka using the mist on Cross. This would be Alexa’s last match in 2 months, as she suffered a minor shoulder injury.

Alexa Bliss didn’t manage to capture the glory of her previous years, where she shined as a singles competitor, but she found her spot in the newly-formed Tag Team division with the unlikely partner, Nikki Cross. She still managed to compete for a singles title a few times, she got to main event Raw, and had an impressive Royal Rumble performance. She is still teaming up with Cross and looks to be focused on regaining their titles back. Singles or Tag Team action, Bliss will undoubtedly look to dominate 2020. 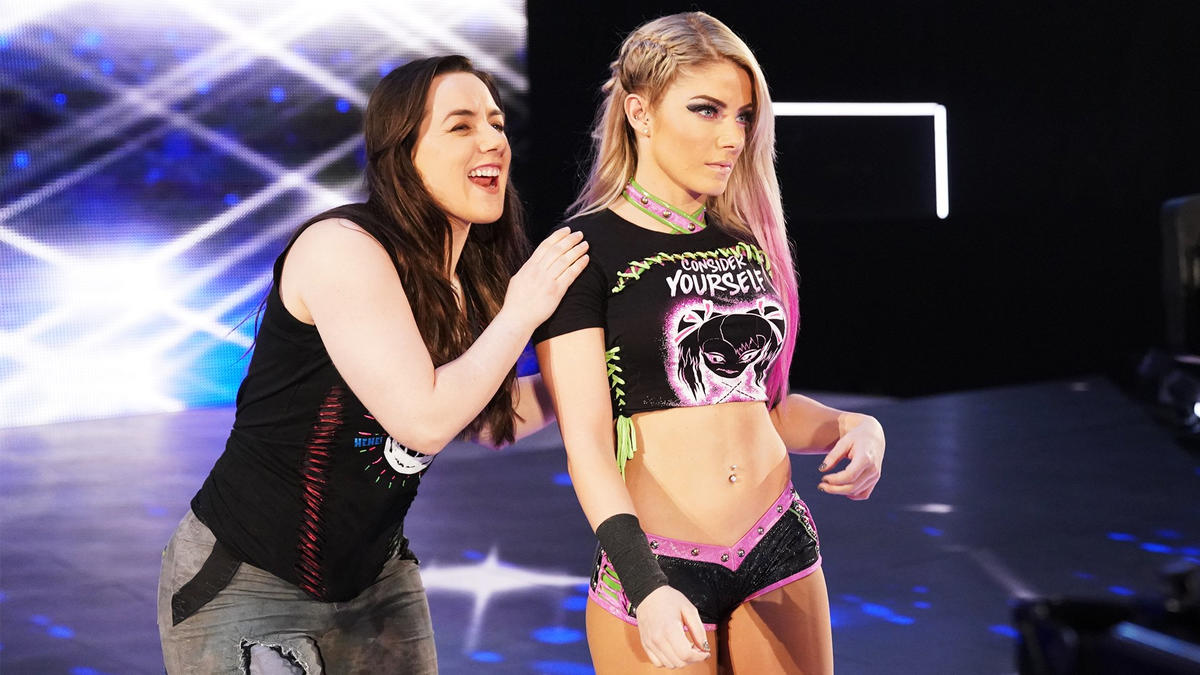 Check with us tomorrow as we begin to roll out the top 10 of our list!