You can always count on Sasha Banks to draw attention whenever you need her to, she’s that good. Although wasn’t active for a couple of months in 2019, she didn’t fail to stand out in both women’s divisions. Fresh off her 2018 Survivor Series loss, Sasha and Bayley faced Nia Jax and Tamina in a Tag Team match, where they lost. They rebounded with three Tag Team and Six-Woman Tag wins against The Riott Squad, Alicia Fox, Mickie James and Dana Brooke. Banks was part of the women’s Gauntlet match in the main event of Raw, where she was the last woman entering. She lost to Natalya.

In her first match in 2019, Banks defeated Nia Jax in a #1 Contenders match, officially challenging Ronda Rousey. The following week, she and Rousey defeated Jax and Tamina in Tag Team action. The week after, Banks and Bayley faced Rousey and Natalya, where Banks submitted Natalya for the win in what would be Rousey’s first official loss in WWE, although she wasn’t the one submitted. At the Royal Rumble PPV, Banks gave Rousey a fight of her life, but came short when Rousey won with the Piper’s Pit.

After her singles title shot, Banks turned her sights to the debuting Women’s Tag Team titles. She and Bayley defeated Alicia Fox and Nikki Cross to qualify for the Women’s Tag Team Title Elimination Chamber match. They lost a Triple Threat Tag Team match, meaning they had to enter the Chamber first. Even though they entered first, Banks and Bayley were the last team standing alongside Rose and Deville. Together they eliminated Tamina and Banks submitted Deville to win the Tag Team titles for her team.

They were set to defend their titles for the first time at Fastlane. Banks lost to Tamina in the build-up towards the PPV, but she and Bayley retained at Fastlane, marking Banks’ first successful title defense on the main roster. She went on to face Natalya twice, winning both matches by DQ. Banks got pinned by The IIconics on SmackDown, thus giving them eventual title opportunity. The Boss N Hug Connection defended their titles for the second time at WrestleMania 35 in a Fatal 4-Way Tag Team match. They lost after Billie Kay pinned Bayley. This would be the last Sasha Banks appearance for a while

The night after SummerSlam, Banks made her return, attacking Natalya during her speech and revealing her new look. She defeated Natalya in a quick match and set her sights on the Raw Women’s Champion, Becky Lynch. She rekindled her alliance with Bayley, teaming up against Flair and Lynch in the Madison Square Garden in a highly-competitive match, where they lost. At Clash of Champions, Banks pushed Lynch to her limits in a Raw Women’s title match, forcing her to use a chair, thus winning by DQ.

The following night, Banks and Bayley defeated the Women’s Tag Team champions, Bliss and Cross, in a non-title match, with Banks submitting Cross. The following week on Raw, Banks defeated Cross in another competitive match. On SmackDown, she and Bayley defeated Flair and Carmella in Tag Team action, with Banks submitting Carmella. She continued her momentum with a singles win over Alexa Bliss. She and Bayley faced Lynch and Flair in the SmackDown’s FOX premiere, where Bayley submitted to Flair. That Sunday, Banks faced Lynch in her second Hell in a Cell match. After a brutal match, Banks was forced to tap out.

Following the PPV, Banks was officially drafted to SmackDown. She made her in-ring debut a month later, defeating Nikki Cross in singles action. She was then made the women’s captain of Team SmackDown at Survivor Series. She faced Charlotte Flair and Rhea Ripley in a Triple Threat match on the go-home show, where Ripley pinned Flair for the win. At Survivor Series, Sasha Banks made history, eliminating 4 women, tying Aja Kong and Roman Reigns for most eliminations in one Survivor Series Elimination Tag Team match, eliminating Kairi Sane, Toni Storm, Bianca Belair and Natalya. She was the last member of her team standing, but lost to Ripley after the help from LeRae and Shirai.

2019 was similar to the majority of Sasha Banks’ main roster run. She is always involved in big matches, but never quite manages to get the job done. With high-profile title matches against Rousey and Lynch, her Tag Team title win and impressive Survivor Series performance, there is no doubt she is on the cusp of reaching her former glory. Having seen Lynch and her partner, Bayley, reignite their careers after shaky periods of time, there is no doubt that Banks can join them sooner than later. 2020 is the perfect year to make The Boss mean something again. 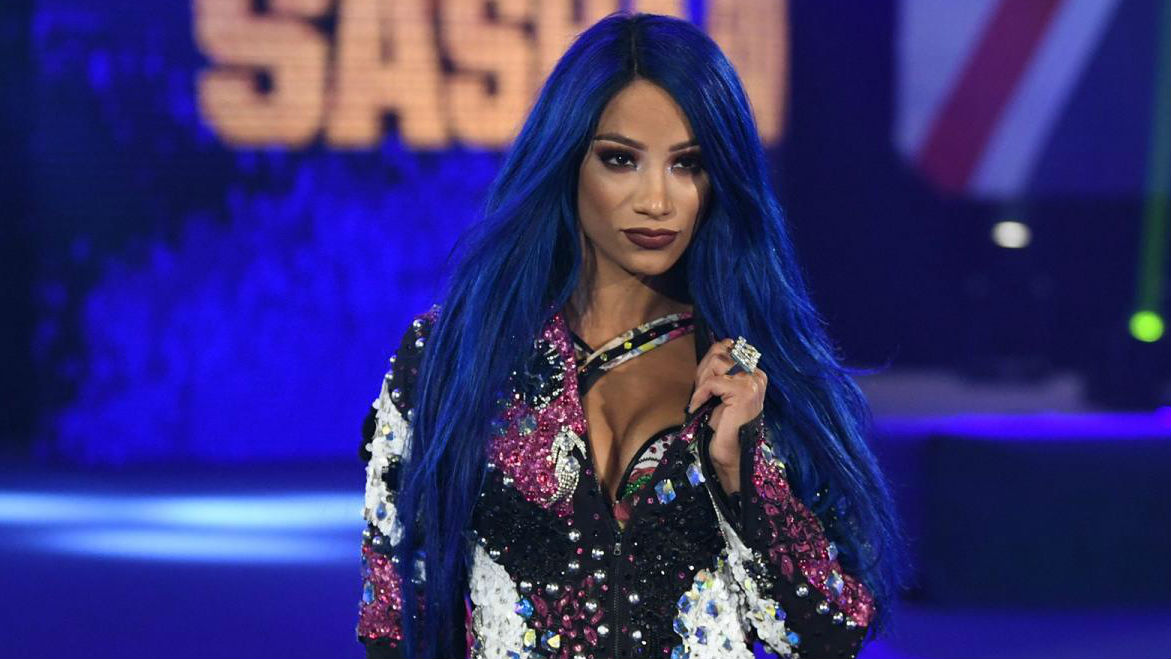 Check with us tomorrow as we reveal #7 on our list!