We are getting very close to revealing our entire list and we are doing it with #4 with The Queen. After her brutal attack on Ronda Rousey at Survivor Series, she continued her mean streak with two singles victories in a row over The IIconics. She then demanded another SmackDown Women’s title shot and was eventually booked for a Triple Threat TLC match.

During the build-up, she teamed up with Asuka to face Mandy Rose and Sonya Deville, losing after Asuka turned on her. The following week they faced off in the main event of SmackDown, which resulted in a DQ after Becky Lynch interfered.She competed in the main event of TLC in the first-ever women’s TLC match, facing Asuka and the champion, Becky Lynch. She was close to winning, but lost after Rousey interfered the match.

She competed in a #1 Contenders Triple Threat match in another SmackDown main event, which was won by Lynch, who submitted Carmella to win. She went on to compete in her first Royal Rumble match, where she lasted an impressive 50 minutes. She entered at #13 and eliminated 5 women (Tamina, Xia Li, Lacey Evans, Carmella, Bayley), tying Michelle McCool’s record. She was one of the last two women standing, after which Lynch eliminated her to win.

The following month she didn’t wrestle at all. She replaced Becky Lynch in the WrestleMania by the decision of Vince McMahon.  She faced Lynch again at Fastlane, which resulted in a DQ win by Lynch, following an attack from Rousey. The win put her back in the title match. Two weeks later, Charlotte defeated Asuka in an impromptu SmackDown Women’s title match, thus breaking Trish Stratus’ record for most Women’s title wins in WWE history, with 8.

At WrestleMania, she became one of the only three women to main event The Grandest Stage of Them All. The match ended up being a winner-takes-all match, with Becky Lynch walking out with both titles. Flair, however, was not pinned and demanded another title shot. She defeated Bayley in a #1 Contenders match to face Lynch again at Money in the Bank. At the PPV, she beat Lynch to win her 9th Women’s title after the assistance from Lacey Evans. However, she quickly lost the title that night, following the MITB cash-in from Bayley.

After the PPV, Flair was found in a transitional period. She was pinned by Bayley in a Tag Team match. She competed in another #1 Contenders match, a Triple Threat won by Alexa Bliss. She defeated the returning Liv Morgan in a quick match. A week later, she was defeated by Ember Moon in a quick match, following a distraction from Bayley. Flair demanded to be on the SummerSlam card and challenged Trish Stratus the following week, which she accepted. At the PPV, she defeated Stratus in a competitive match, thus calling herself ”The Queen of All Eras”.

She looked to continue her momentum with a victory over Ember Moon and challenged Bayley to another title match. On Raw at Madison Square Garden, she teamed up with Lynch to defeat Bayley and Banks, where she submitted Bayley. At Clash of Champions, Flair dominated the match, but was outsmarted by Bayley, who used the turnbuckle to win. Flair went on to defeat Bayley in another Tag Team match on the SmackDown’s FOX debut. She defeated Bayley at Hell in a Cell to become a 10x Women’s champion.

Bayley received her rematch next week in the main event of SmackDown, defeating Flair with a roll-up. The following Monday, she faced Lynch in a WWE Draft match for the rights of which brand gets to pick first. She lost and later that night was drafted to Raw. She started teaming up with Natalya with victories over The IIconics and the Women’s Tag Team champions, The Kabuki Warriors. Natalya was phased out of the program as Flair teamed up with Lynch in their Tag title match. Lynch got rolled up following a distraction from Shayna Baszler.

Charlotte was then named the Raw women’s team captain for Survivor Series. She competed in a Triple Threat match, involving Rhea Ripley and Sasha Banks. She lost to a crucifix pin by Rhea Ripley after putting Banks in the Figure 8. At the PPV, she competed in the first-ever 5-on-5 Triple Threat Elimination Tag Team match. She managed to eliminate Carmella. Later on, Asuka turned on her by using the mist, which lead to Lacey Evans eliminating her. In the end, Team NXT won.

In 2019, Charlotte didn’t have strong title reigns, but she broke records on several occasions. She main evented TLC, tied McCool for most Royal Rumble eliminations, broke Trish Stratus’ record for most Women’s title wins, defeated Stratus herself at SummerSlam, competed in the main event of WrestleMania, won her 10th Women’s title and captained Team Raw again. She doesn’t need to have a long title reign to make an impact, her status helps her make anything she does important. 2020 will no doubt be another year where The Queen continues to break records. 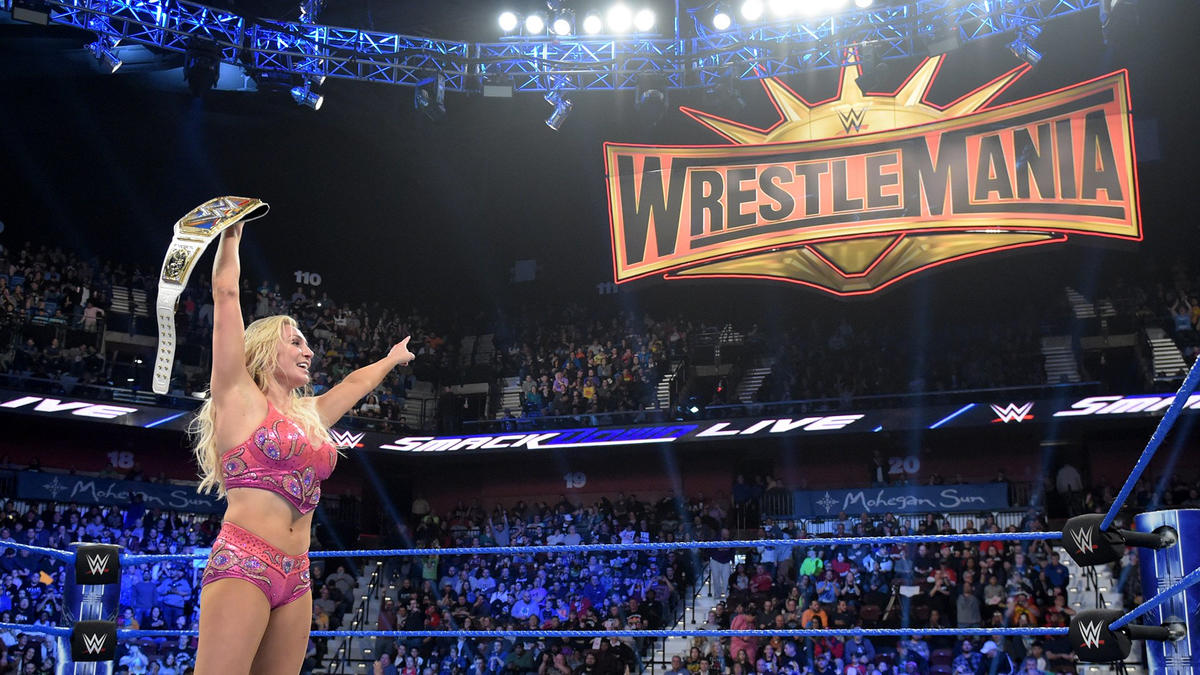