Coming in at #2 is now former NXT Women’s Champion, Shayna Baszler. After a dominating run it is not surprising to see The Queen of Spades almost top the entire list. She started her second reign at Evolution and retained it at the second-ever TakeOver WarGames. After the event, she settled the score with Dakota Kai once again, defeating her in relatively-quick fashion.

Her next challenger was Bianca Belair, who was undefeated at the time. Shayna promised she would end her streak, and end her streak she did. At TakeOver: Phoenix, she made Belair pass out with her devastating submission. She then teamed up with her fellow Horsewomen in the main event of NXT, taking on Belair, Kairi Sane and Io Shirai. Shirai pinned her in an upset victory.

She didn’t lose momentum after the loss, however, defeating Mia Yim in a competitive match a few weeks later. At TakeOver: Orlando she put her title on the line in a Fatal 4-Way match, taking on Belair, Shirai and Sane. She ended up submitting Belair for the win. Two weeks later, she defended her title in the main event of NXT against Kairi Sane, in what would be Sane’s last NXT match. Baszler won via DQ after Io Shirai attacked her.

Io Shirai became her next challenger and they faced off at TakeOver: 25. Baszler retained her title once again after LeRae’s help backfired on Shirai. This resulted in a Steel Cage rematch in the main event of NXT. After a hard-fought match, Baszler outsmarted Shirai by hitting her with the cage doors, falling out to retain the title. At TakeOver: Toronto she found herself another challenger in Mia Yim, who took her to her limits but tapped out in a modified leg choke.

After claiming she had defeated the entire women’s division she was confronted by Rhea Ripley, resulting in a match between them. After Duke and Shafir trying to get involved, Ripley countered it with a chair of her own, hitting Baszler to DQ herself, planting the seeds for their future title match. Baszler moved on and defended her title in the third USA Network NXT episode, retaining over Candice LeRae.

Soon after, the first-ever Women’s WarGames match was announced, with Ripley and Baszler leading their teams. During the build-up, Baszler defeated Dakota Kai for the fourth time, showing the dominance of her title reign. At WarGames, Baszler was defeated by Ripley after a grueling match involving 6 of the competitors.

However, Baszler didn’t let that loss get to her. In the meantime, she was focused on Bayley and Becky Lynch, both of who she was supposed to face at Survivor Series in a Champions showcase match. Baszler defeated them by submitting Bayley in the main event of the PPV, solidifying the dominance of her championship reign.

Even though she lost the title after the evaluation period, Shayna Baszler has had one of the most dominant runs in NXT history, and managed to defeated some of the top women, including Bianca Belair, Io Shirai, Mia Yim, and even the top two champions, Becky Lynch and Bayley. Her two reigns combined have surpassed Asuka’s record-setting 523 day long reign. She has dominated the NXT women’s division for the past two years and 2020 looks to be the year where she does the same on the main roster. 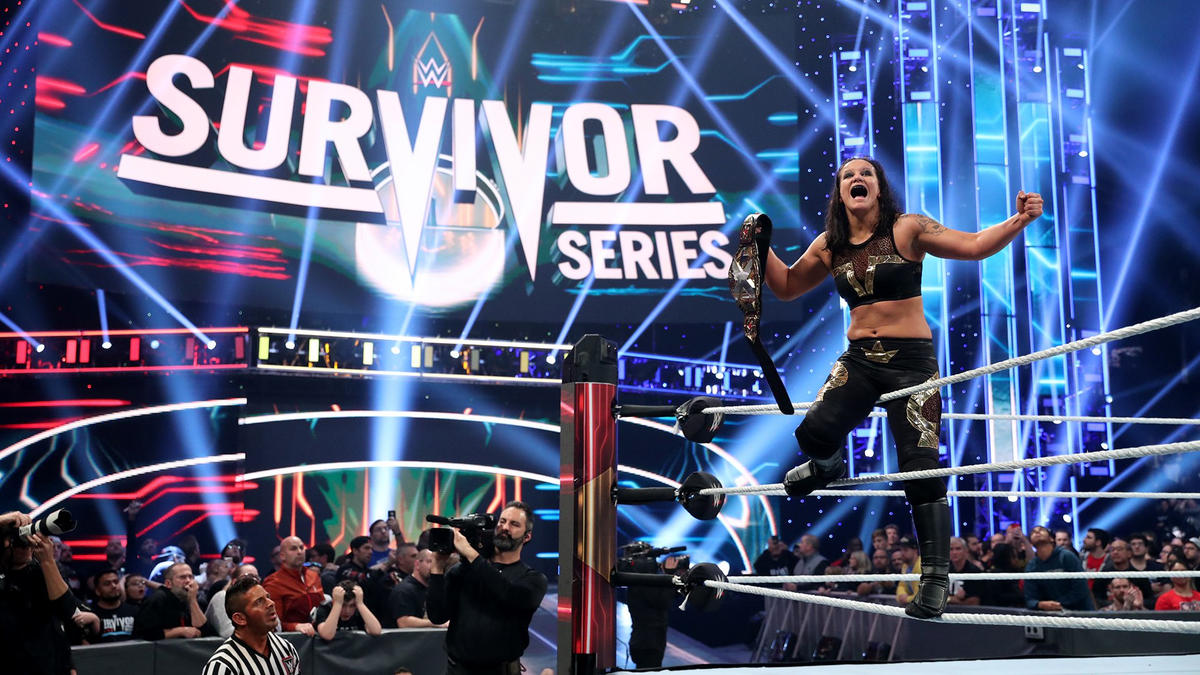 Check with us tomorrow as we reveal the woman who topped our 2019 list!